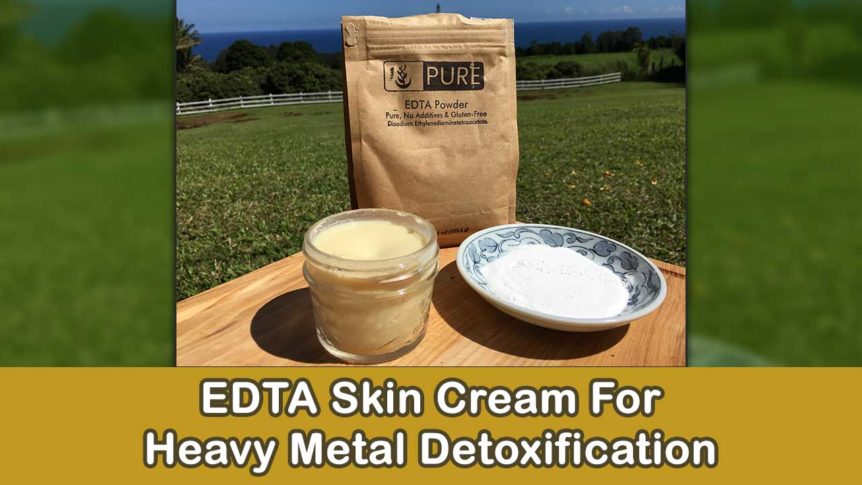 In this course, I am going to show you how to make a very effective topical “EDTA Skin Cream” that is designed for the support of reducing heavy metals and other contaminants in the body, skin and pores.

This recipe is specifically designed for the transdermal, or exterior skin application, of EDTA to support removing heavy metals and other contaminants.

EDTA can be taken a variety of ways from IV (intravenous), orally, rectal suppository, liquid enema or topically as a transdermal skin cream.

As we all know, we currently live in a very toxic world with many chemicals, poisons, heavy metals, plastics, water and air pollution, etc.

The general US population, young and old, are loaded with lead, mercury, arsenic, thallium, tin, antimony, molybdenum, cadmium, pesticides, herbicides, insecticides, and petroleum toxicities to name a just few of the thousands of assaults, chemicals and toxins that are accumulating in our bodies everyday.

Regardless of where you live, we are all being exposed to these heavy metal toxic assaults from: petrochemical pollution from cars, boats, planes, trucks, trains, industrial pollution, brake pads, tires, mining pollution, geo-engineering or weather modification, and the list goes on and on.

In my opinion, everyone one should be learning and practicing some type of application of EDTA chelation protocols, on and off throughout the year to support removing some of the accumulation of a variety of these toxic heavy metals and other contaminants – (see: What is EDTA?).

Ethylenediaminetetraacetic acid (EDTA) is a synthetic amino acid and is a powerful chelating agent. EDTA is capable of forming tight bonds with a variety of toxic heavy metals and had been researched and studied for dissolving calcium oxalate crystals wherein the body could dispose more easily through the urine or sweat. EDTA also has the affinity to bind to many heavy metals and other contaminants such as Lead.

The EDTA cream is designed to work as a topical skin application. I like to use the EDTA cream over other applications because it is simple to use topically to areas of the skin, lymph, reproductive areas, prostate, face, hands, feet, underarms etc. without any intestinal disturbances or general side effects as when taking EDTA orally or rectally.

EDTA therapy has also been shown to be effective for the reduction and elimination of arterial plaque in studies. (See articles below)

EDTA Chelation therapy is known to be safe in very small doses and is effective in various forms of administration such as topically, orally, IV, suppository or enema.

EDTA can be administered and used in a variety of ways for heavy metal Detoxification and Oxalate reduction.

What Is EDTA Chelation Therapy?

Calcium disodium EDTA chelation removes heavy metals and minerals from the blood, such as lead, iron, copper, and calcium, and is approved by the FDA for use in treating lead poisoning and toxicity from other heavy metals – src: (https://nccih.nih.gov/health/chelation/TACT-questions)

Everyone Could Use Some Type Of Chelation Therapy.

In 2019, Humans, all over the world, regardless of location are being exposed to a variety of heavy metals and toxins daily. Many other researchers also agree with “Everyone is accumulating toxins daily and should be on some type of chelation or detoxification regimen throughout the year“.

In my opinion, heavy metal toxicity is one of the most hideous hidden biological assaults on all living creatures.

Above picture: As you can see, it’s quite easy to accumulate lead poisoning from our environment. All of this heavy metal toxicity from the environment transfers into our food, water, livestock and eventually the human population.

If you have any of the following symptoms, most likely heavy metal toxicity could be affecting your health in a number of ways:

The Cost Of EDTA Cream To Buy Versus Making It Yourself

Currently you can buy EDTA cream on Amazon.com (8 oz for $78.95). I am going to share with you how I make my own EDTA cream that is inexpensive and very easy to make – (See EDTA cream recipe and products necessary below).

The EDTA cream I make, in my opinion, is much better and cheaper than buying the EDTA cream product already made for you.

I created the EDTA recipe to be very simple to make and use. Most people will not buy the EDTA cream for $80.- dollars online but following the simple recipe I am going to show you, can save a lot of money and have a very effective heavy metal chelator.

I have been using topical EDTA for many years on myself, patients and friends, and I have refined the recipe many times.

I feel the EDTA cream you make yourself is more effective, much cheaper to use and doesn’t have any unpleasant odors from some of the ingredients we use in the recipe. 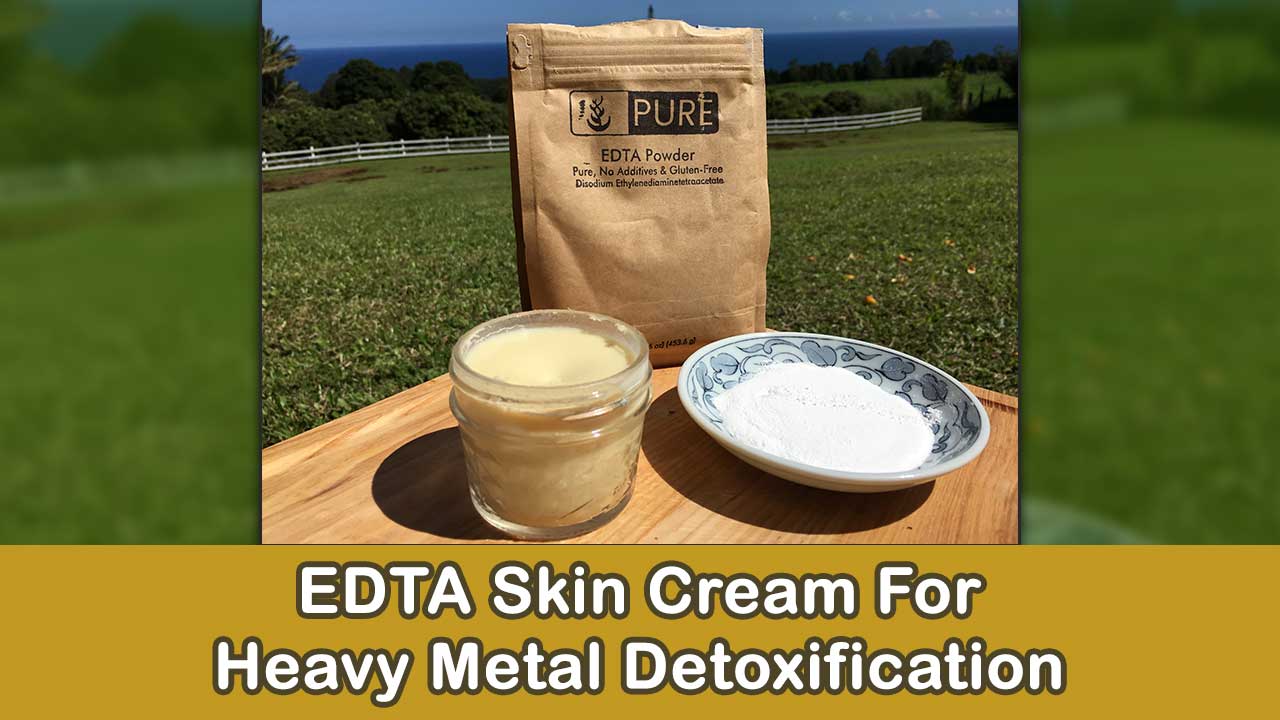