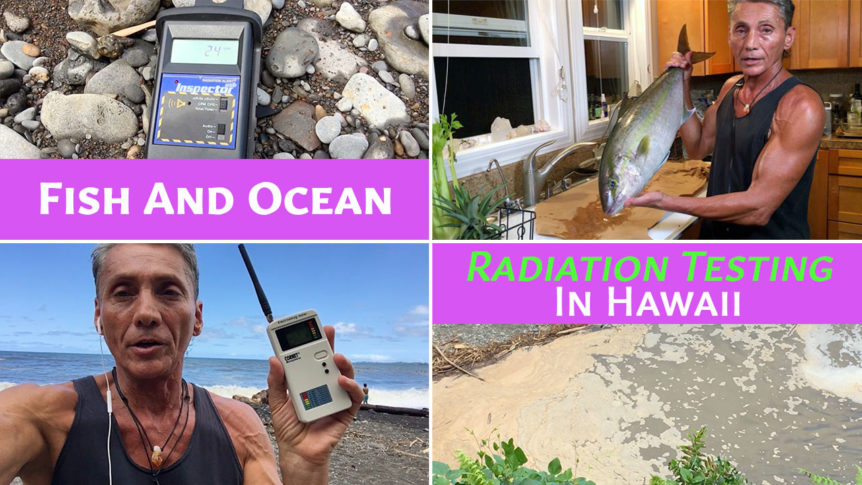 Fish And Ocean Radiation Testing In Hawaii – I am going to sample, test and check for nuclear radiation on fish and the local ocean beach. Since I live on the Big Island of Hawaii, I have been very concerned about the possible radiation leakage from the disaster in the Fukushima Nuclear Accident in Japan in 2011. I have had tens of emails over the years from subscribers wanting to know if Hawaii is safe to visit or live, or if is it toxic from the Fukushima Nuclear Disaster?

The 7 year experiment is to see if the fish and local beach areas are toxic with high counts of nuclear fallout radiation.

I will also sample test the ocean in the Hilo, Hawaii area, specifically testing and checking for nuclear radiation fallout from Japan or other radiation or physical pollution toxicities from the heavy rain of the tropical storm “Hurricane Lane” which dropped over 50 inches of rain in a few days to most of the big Island.

I will use a very sensitive and accurate geiger counter/meter that can detect hot radioactive particles of both non-ionized and ionized radiation if they are present in the fish, or at the ocean beach I tested. We will also test the RF fields (Radio Frequency) or microwave wireless technology at the local beach.

For the past 7 years I have been living full time on the Big Island of Hawaii. I have been “Radiation Testing” the ocean air and ocean weekly at my house 20 miles North of Hilo, Hawaii. I have also tested over 40 fish over 7 years for any type of hot ionizing particles of radiation that my inspector Geiger counter/meter could pick up from fish, directly caught from the local fisherman in Hilo.

For several years I have heard stories from many sources that the radiation counts were high in the air, ocean and fish in Hawaii through the Pacific currents from the Fukushima radiation disaster.

I have heard from the media and many other sources that Hawaii has been having much higher radiation counts other than the normal “Natural Background Radiation”, which is normally between 18-40 counts/min naturally from the Fukushima nuclear disaster in Japan.

So, I bought several expensive meters and decided to keep an eye on the radiation counts myself to verify the information for myself.

We are going to test two completely different species of fish. One being a “Pelagic” migratory species and the other is a more “Local” non migratory bottom species.

Part 1 (24 min) – I will test the Yellowfin Tuna Pelagic, or migratory species, that can easily travel thousands of miles a year following the warm water currents, and the their constant need for their food supply throughout the Pacific oceans.

Most Tuna usually consume at least their body weight daily just to survive. So, when the food source of the migratory tuna are swimming or feeding in contaminated toxic water with any nuclear fallout radiation, testing is very easy with an accurate meter for any radiation that usually is not there normally in healthy fish.

If the fish are eating large quantities of other smaller toxic fish daily, the fish that are eaten will easily accumulate the radiation, chemicals or poisons in their flesh and organs. So, we can test them quite easily with the right testing equipment.

Part 2 (45 min) – I will test another species which is a more deep water local fish, – a less migratory species called the “Amberjack”. This type of fish is usually caught in 100-200 ft deep water, and we will take a look at the radiation in deeper water fish that are local and grown up in these waters. I will also show you how I filet a fish correctly and test all of the internal organs including the gut, heart and internal flesh.

Through all of the radioactive testing over the last 7 years of living in Hawaii, I have never found any radiation counts higher than the normal background radiation of approx. 18-35 CPM, or counts per minute, of detectable radiation.

This radioactivity experiment is only a small sampling of the radioactive testing that I have done over the years of living here. I tested many locally caught fish, large and small, of many species, and checked the oceans at several beaches and rain water consistently, since we capture our water from the rain. I also checked many types of milk that is produced here locally for any significant radioactive activity, and found no rise other than the normal background radiation.

So, for now I am not sure what all of the hype is about radioactivity in Hawaii, because I have not found any at all. I have several friends of mine that have the same accurate geiger counter, and they have not noticed any high radioactive counts other than the normal background radiation.

Wikipedia definition: Background radiation is a measure of the ionizing radiation present in the environment at a particular location which is not due to deliberate introduction of radiation sources.

Background radiation originates from a variety of sources, both natural and artificial. These include cosmic radiation and environmental radioactivity from such as naturally occurring radioactive materials including radon and radium, and man-made fallout from nuclear weapons testing and nuclear accidents.

I did a Rethinking Reality video experiment called “Rethinking Reality: Food and Parasite Experiment with Pigs” with several types of vegetarian foods they eat daily, and the carcass of the spoiled dead fish flesh with the “Russian Boars” we have on the farm.

Remember, they have a smorgasbord of good food to choose from.

So, the question is: “What food will the piggies eat first?”, or like I already said “What mind controlling parasite is the most powerful to feed first?”.

Keep on enjoying the health, wealth and evolutionary journeys ahead.

Hope you enjoy this “Fish And Ocean Radiation Testing In Hawaii” Video Course :)) 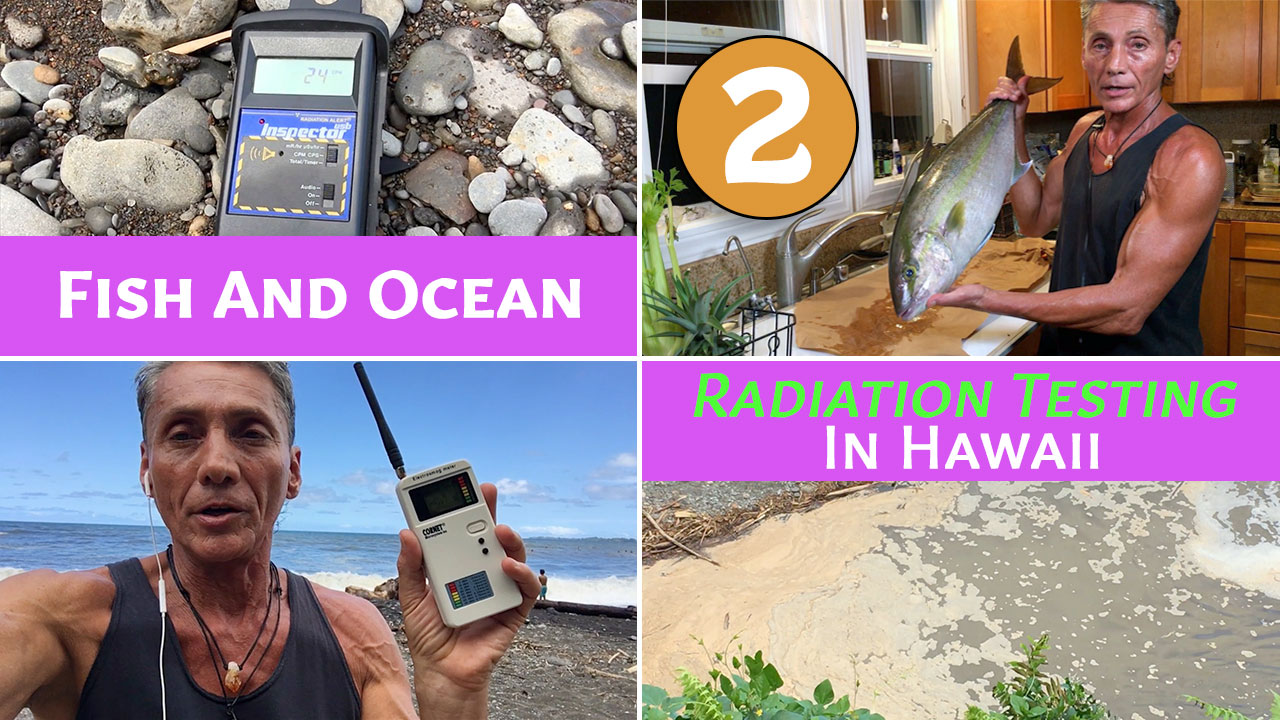